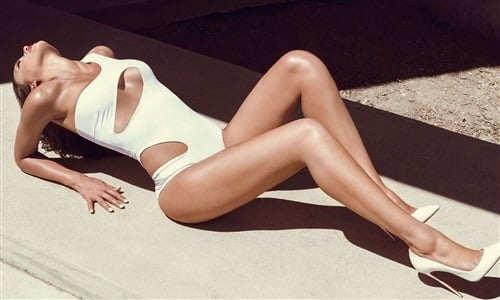 Jessica Alba poses in a series of swimsuits in this photo shoot for the UK version of GQ.

Even though Jessica Alba is an old Mexican whore it is not surprising that the UK GQ decided to run photos of her in swimsuits, as anything would be better than the flabby pasty monstrosities that are British women (plus Jessica Alba probably costs a third of the price and scrubbed the toilet in the production team’s trailer until it was spotless).

Of course GQ is missing the obvious fact that 99% of British men are flaming atheist homoqueers who would much rather get off on seeing some schoolboy reading Richard Dawkins, then a nearly nude Jessica Alba seductively splayed about. It is amazing how many of these magazine completely misunderstand their readership.