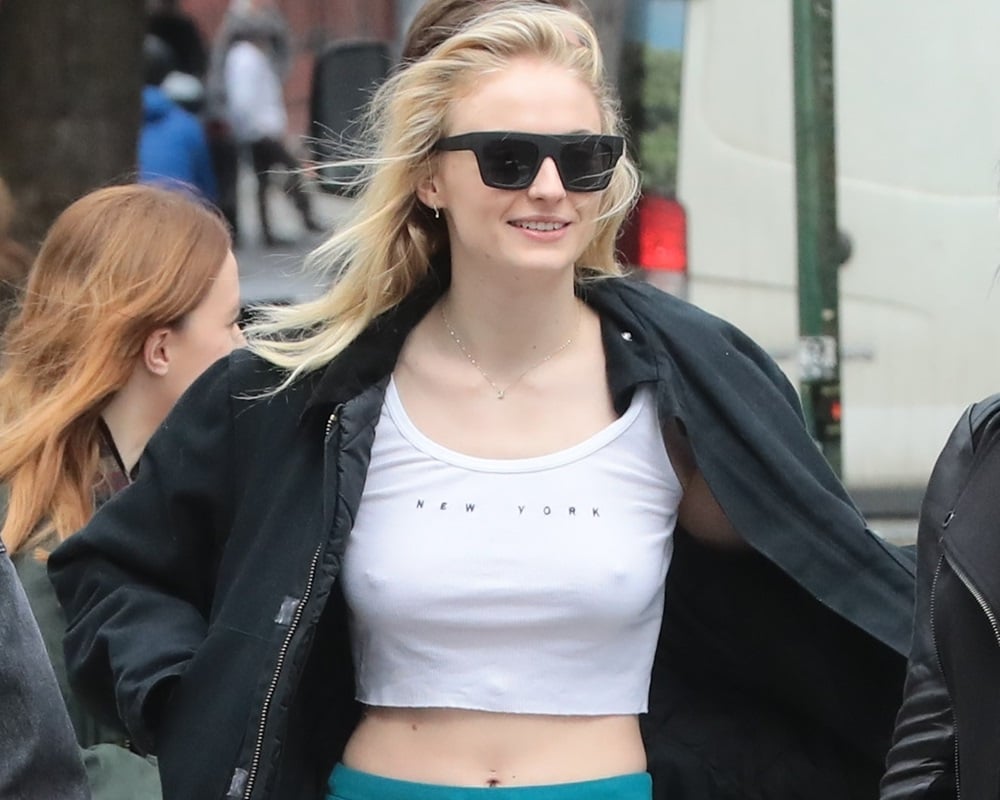 Sophie Turner flaunts her rock hard pierced nipple pokies while out walking braless in New York City in the photos below.

Seeing the grinning low testosterone homofag over Sophie’s shoulder in these pics tells us all we need to know about why she thinks she can get away with this sort of brazen depravity. For NYC is a city filled with emasculated dweebs who have limp wrists that could not even hurl a single stone, so it is no wonder that whores like Sophie are so emboldened to flash their sinfully erect tit toppers there like this.

Frankly we were just lucky that Sophie did not lift up her shirt, as she has been known to do that in the past. 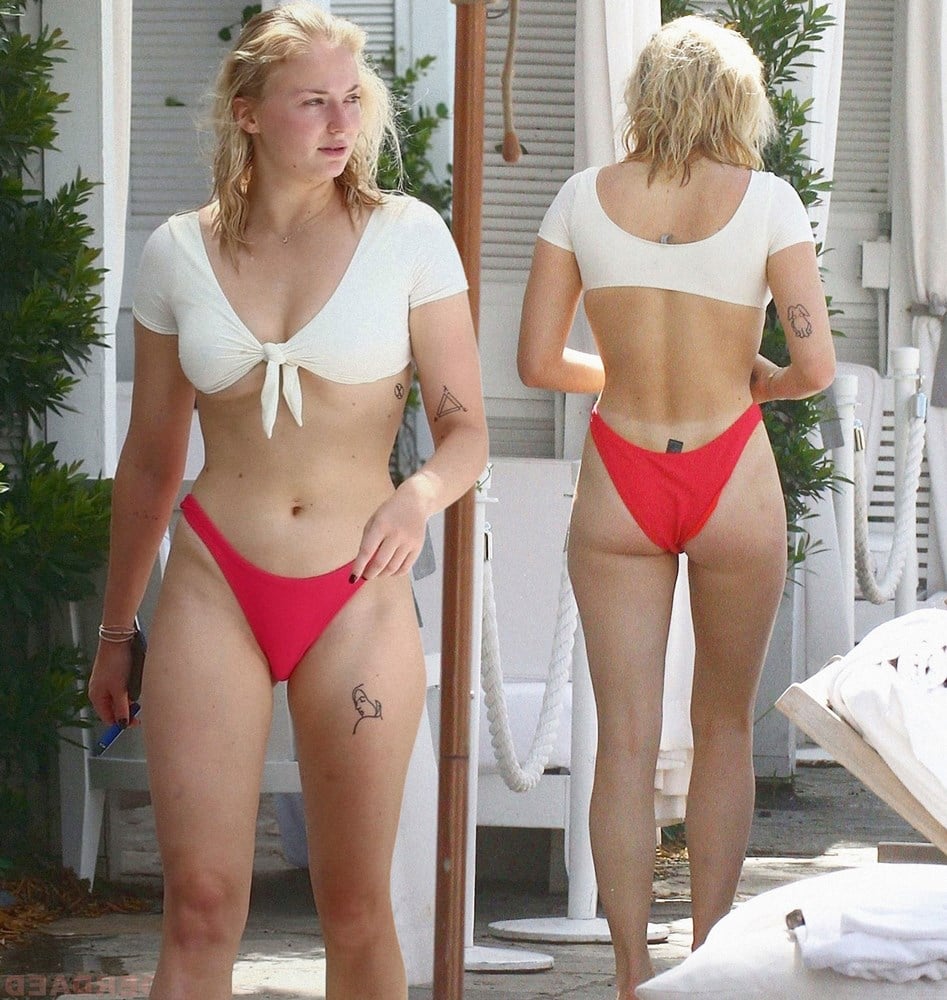 With Spring and warmer weather fast approaching along with Sophie’s “Game of Thrones” final season and her “X-Men: Dark Phoenix” film, I shudder to think of the sloppy sluttery we will soon be forced to bear witness to.